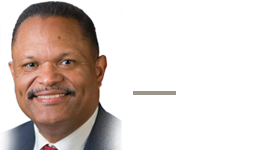 Vincent D. Roberson, 59, of Monroe, was charged with aggravated cruelty to animals in the Aug. 17, 2018, death of Sgt. Boco, a Belgian Malinois that had been with the LPSO for three years.

“I’m surprised, not because I’m not convinced he was guilty, but because I made it clear from the beginning I was pushing for the maximum sentence.”

That gave Roberson nothing to bargain with, Jones said.

Jury selection for Roberson’s trial had been underway about two hours Monday, when shortly before lunch, Roberson’s attorney, Judith Hampton, notified Assistant District Attorney Lewis Jones that Roberson wished to withdraw his original not guilty plea and enter a guilty plea instead.

When court reconvened at 1:30 p.m., Robinson asked Roberson if that’s what he wanted to do, Roberson replied, “Yes, sir.”

“How do you plead to the charge of aggravated cruelty to animals?” Robinson asked.
“Guilty,” Roberson said.

During further questioning by the judge, Roberson acknowledged he shot Boco.

“This court accepts the plea and finds you guilty of aggravated cruelty to animals,” Robinson said.

Roberson’s plea halted the jury selection that had begun Monday morning. Jones asked potential jurors a long line of questions including if they believed a person was ever justified in killing a police K-9.

Most of the potential jurors said no, with two saying killing a law enforcement K-9 was tantamount to killing an officer.

The manhunt that led to Boco’s death and Roberson’s eventual capture began on the morning of Aug. 17 at an apartment on Texas Avenue in Monroe where Roberson allegedly shot his girlfriend in the head. Around 4 p.m. that day, Monroe police issued a bulletin to area law enforcement agencies asking them to be on the lookout for Roberson who was traveling in a 2001 white Chevy Silverado.

At the time, Roberson’s cellphone pinged 3 miles west of Choudrant on I-20. Shortly thereafter, LPSO received word Roberson was in the Chandler Road area.

At approximately 7:30 that evening Roberson’s abandoned truck was found parked near a residence on Chandler Road.

As deputies approached Roberson, he ran into the woods behind the residence. That’s when Boco was sent in to aid in the search.

“There was no further contact with Boco after that time,” Jones said.

Roberson was an apprehended with no resistance as he approached Nursing and Rehabilitation Center on Hwy. 80.

Deputies continued their search for Boco. They found his body about 3:45 a.m. the next morning.

In February, Boco was named the Louisiana Veterinary Medical Association’s Pet of the Year.